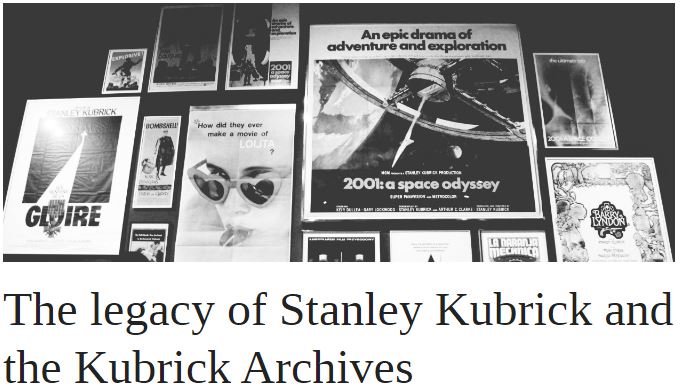 "Stanley Kubrick would be 89 this year. It’s quite possible were he still alive that he would have made more films. At his death in 1999, he left a legacy of just twelve works of extraordinary cinema, as well as a few interesting early short films. This is a small output by the usual standards of filmmaking, but it reflects the intensity of care that went into each film and his willingness to abandon a project if he could not get funding for it or could not get a working script—as was the case for his Holocaust project, Aryan Papers, and his science fiction film, A.I.: Artificial Intelligence, which was subsequently made by his friend, Steven Spielberg. [...]"
Read more 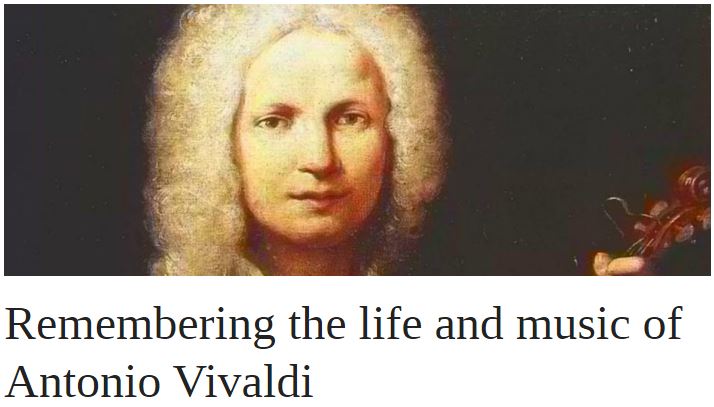 "For many who at least known his name, Antonio Vivaldi is the composer of a handful of works heard on the radio or a drive-time playlist of 100 Famous Classical Pieces, featured in TV (and internet) commercials, movies and concerts by students, amateurs, and professionals. Pieces such as The Four Seasons (featured prominently in Alan Alda’s 1981 film, The Four Seasons), the Gloria in D RV 589 and the Violin Concerto in A Minor Op. 3 No. 6 (familiar to most students of the Suzuki Violin Method) are staples of the repertoire and frequently rank high on lists of popular classical music. As for the composer, the most widely known aspects of his biography have been that he had red hair, was a priest (nicknamed “The Red Priest” in his own lifetime), and that he taught at and wrote music (a lot of music) for an all-girl orphanage in Venice and directed the girls during their concerts. [...]"
Read more

"In times of populism, soundbites, and policy-by-Twitter such as we live in today, the first victims to suffer the slings and arrows of the demagogues are intellectuals. These people have been demonised for prioritising the very thing that defines them: the intellect, or finely reasoned and sound argument. As we celebrate the 161st birthday of Bernard Shaw, one of the most gifted, influential, and well-known intellectuals to have lived, we might use the occasion to reassess the value of intellectuals to a healthy society and why those in power see them as such threats. [...]"
Read more