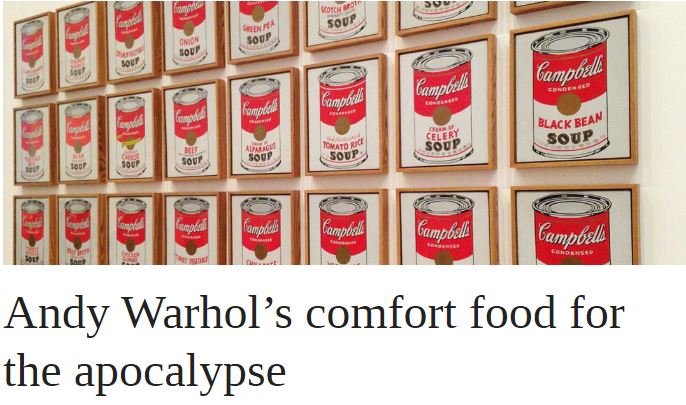 "Birthdays are complicated. They are cause for celebration but also remind us that we are closer to death. Such duality would not have been lost on Andy Warhol (1928-1987), an artist who strove throughout his career to find images that could house such contradictory notions. These mutual feelings of jubilation and morbidity would have become especially apparent on Andy Warhol’s seventeenth birthday on 6 August 1945, when the United States dropped a nuclear bomb on Hiroshima, Japan. For the rest of his life, Warhol shared his own birthday with the birth of the nuclear age and the recognition of the potential for a human-engineered global apocalypse. As the Cold War battle between the United States and the Soviet Union heated up in the 1950s and early 1960s, fears of nuclear apocalypse became especially acute. [...]"
Read more

"With various commemorations of the birthday of Gustav Mahler (1860–1911) in July, the attention to this composer reinforces his continuing significance for modern audiences. Literary scholars have made cases for the ways in which Shakespeare’s works retain their relevance for modern audiences in such different works as Jan Kott’s Shakespeare Our Contemporary (1960) and Marjorie Garber’s Shakespeare and Modern Culture (2009). Without going into the details involved with Shakespeare, a similar case can be made for Mahler’s music not only retaining its status for modern audiences but also having the potential to continue its appeal. With a composer like Mahler, the attraction to his music is no accident. [...]"
Read more

"There are two adjectives we commonly use when discussing artists and artistic things that we feel deserve serious attention and appreciation: Shakespearean and Hitchcockian. These two terms actually have quite a bit in common, not only in how and why they are used but also in what they specifically refer to, and closely examining the ways in which Hitchcock is Shakespearean can be very revealing. My aim in adopting this perspective is more analytical than honorific: we could rest easy by simply repeating the frequent description of Hitchcock as “our modern Shakespeare,” but let’s be restless and think more deeply about some of the details that make this more than merely a convenient (and for some, a problematic) statement of high praise. [...]"
Read more