"On 26 July, 2017, President Trump tweeted his plan to ban transgender individuals from serving in the military. Besides the 'tremendous medical costs' that he cited (which is actually less than a thousandth of 1% of the Defense Department’s annual budget), Trump referenced the idea of 'disruption.' When I read the tweet, a thought crossed my mind: What exactly is being disrupted? [...]"
Read more

"A century ago, the Russian Revolution broke out in November of 1917, followed by a bloody civil war lasting until the early 1920s. Millions of families were displaced, fleeing to Europe and Asia. One of the many emigrant stories was that of Prince Nikolai Trubetzkoy. Trubetzkoy was from a well-known aristocratic family in tsarist Russia, and both his father and uncle had taught Moscow University. Boris Pasternak, who was a fellow student of Nikolai’s and a family friend, described them as 'two elephants [who] … in aristocratic burring imploring voices, delivered their brilliant courses.' [...]"
Read more 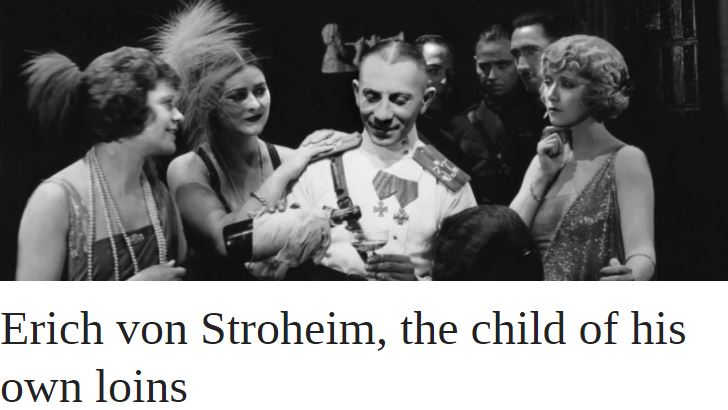 "Even though Erich von Stroheim passed away 60 years ago, it is clear that his persona is still very much alive. His silhouette and his name are enough to evoke an emblematic figure that is at once Teutonic, aristocratic and military. No one has forgotten his timeless characters—among others, Max von Mayerling in Sunset Boulevard, a talented film director who has become the devoted servant of the almost-forgotten silent film star whose movies he used to make, or von Rauffenstein, the prisoner of war camp commandant of La Grande Illusion with his neck stiff in a brace, perfectly symbolizing at once a world that is gradually passing away and a world that is being born. [...]"
Read more